Interviewed on the Popular Front podcast about the situation for refugees in Libya, October 23, 2019

On ‘World Report’ speaking about interviewing a child ADF escapee in the DR Congo, RTE Radio One, October 13, 2019

On BBC’s ‘From Our Own Correspondent’, talking about spending time with Bobi Wine, Radio 4, October 10, 2019 (also on World Service)

A press conference in Kampala with opposition politician/musician Bobi Wine, on October 1, 2019.

Interviewed for this exhibition in the Pompidou Centre, which is running from October 2019 to February 2020.

Announced as one of this fall’s Logan nonfiction fellows at the Carey Institute for Global Good.

Named a finalist in the Kurt Schork Memorial Awards for International Journalism, 2019. 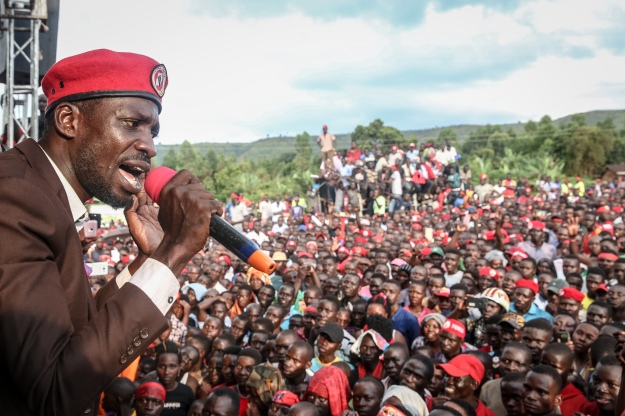 ‘Guards accused of rape and torture of migrants arrested in Italy’, the Irish Times, Sept 16, 2019